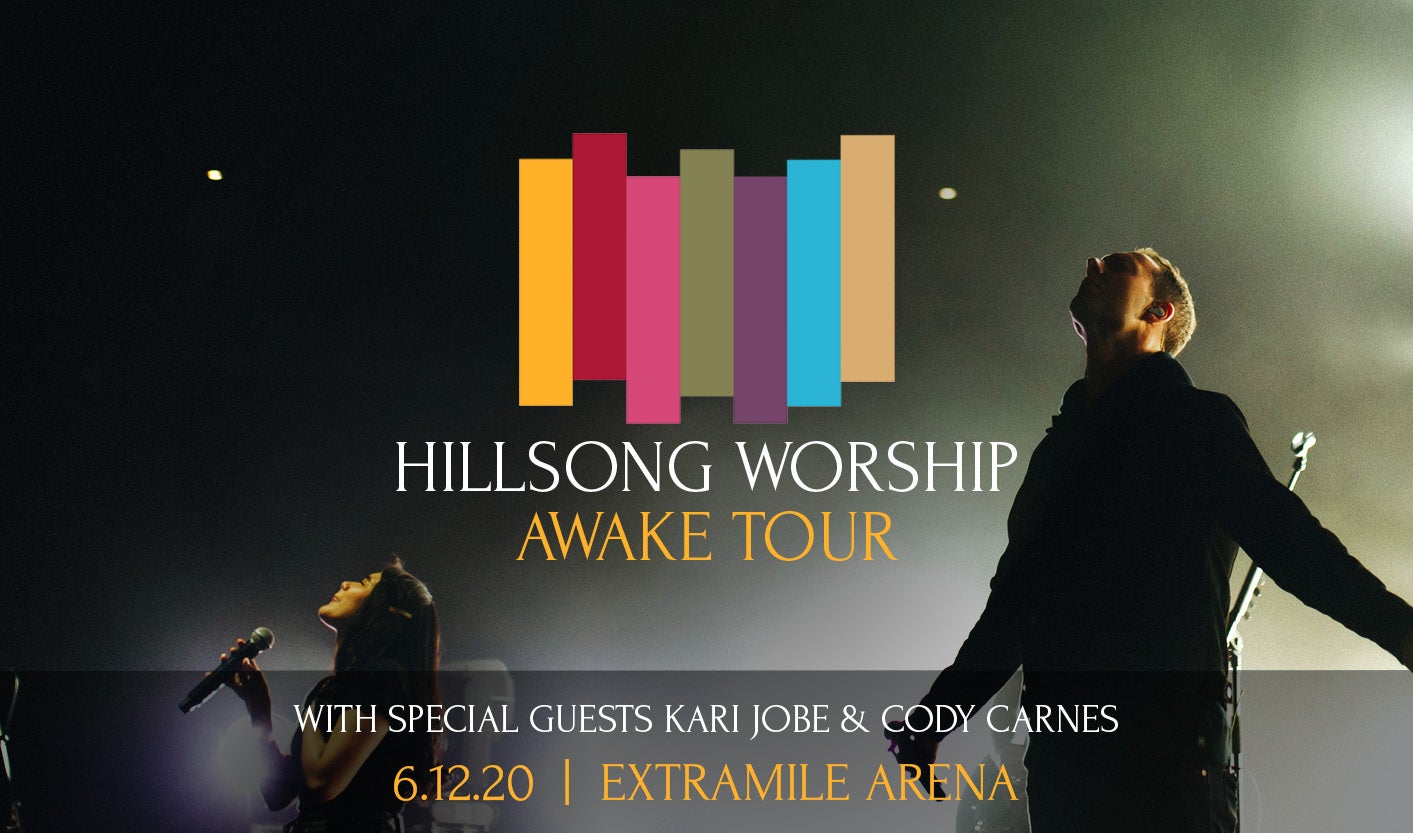 28-City U.S. Arena Tour on May 1, Presented by Premier Productions

LOS ANGELES (December 6, 2019) — Today, the multi-platinum-selling Hillsong Worship announced their quick return to the United States in 2020 for their “Awake Tour” presented by Premier Productions. Joined by special guests Kari Jobe and Cody Carnes, the 28-city arena circuit follows the debut arrival of their full-length studio album “Awake” at No. 1 on Billboard’s Top Christian/Gospel Albums Chart.

“We have been humbled by the way God has been using the songs of our new studio album ‘Awake’ across His church and in the lives of individuals in the short time it has been out,” said Brooke Ligertwood of Hillsong Worship. Adding, “We cannot wait to bring them to full color, live expression in the context of these nights of ministry.”

Passionate about equipping and mobilizing believers everywhere with Christ-centered songs of God-glorifying worship for the building of the Church for almost three decades, Hillsong Worship has served people across nations and generations. Their chart-topping hit “Who You Say I Am” recently achieved RIAA-Certified Gold status and earned the group dual honors for Worship Song of the Year during this year’s 50th annual GMA Dove Awards and 2019 K-LOVE Fan Awards.

The Awake Tour will kick off May 1 in Houston, Texas, making stops in major cities across the country before closing their run on June 26 in Los Angeles, California at The Forum. Pre-sales begin December 9 with general ticket on-sale launching Friday, December 13, 2019 at 10:00 a.m./local time at Ticketmaster. For additional information about the ‘AWAKE TOUR’ please visit www.Platformtickets.com or www.Hillsong.com/worship.

May 4 – Birmingham, AL | Concert Hall at the BJCC

Hillsong Worship exists to serve the global Church and equip believers everywhere with songs of Holy Spirit power that exalt and glorify the Name of Jesus, build the Church and fuel revival on the earth.  With songs such as “What a Beautiful Name,” “Cornerstone,” “Mighty To Save,” “This I Believe (The Creed)” and “Who You Say I Am,” Hillsong Worships catalogue is sung by an estimated 50 million people worldwide each week.  Featuring worship leaders and songwriters such as Brooke Ligertwood, Ben Fielding, Reuben Morgan, Joel Houston, Taya Gaukrodger, Aodhan King, David Ware and more, Hillsong Worship is committed to continuing its legacy of writing and leading songs that - by God’s grace - impact both individual devotion and congregational worship for the glory of God. For more information, visit www.hillsong.com/worship.