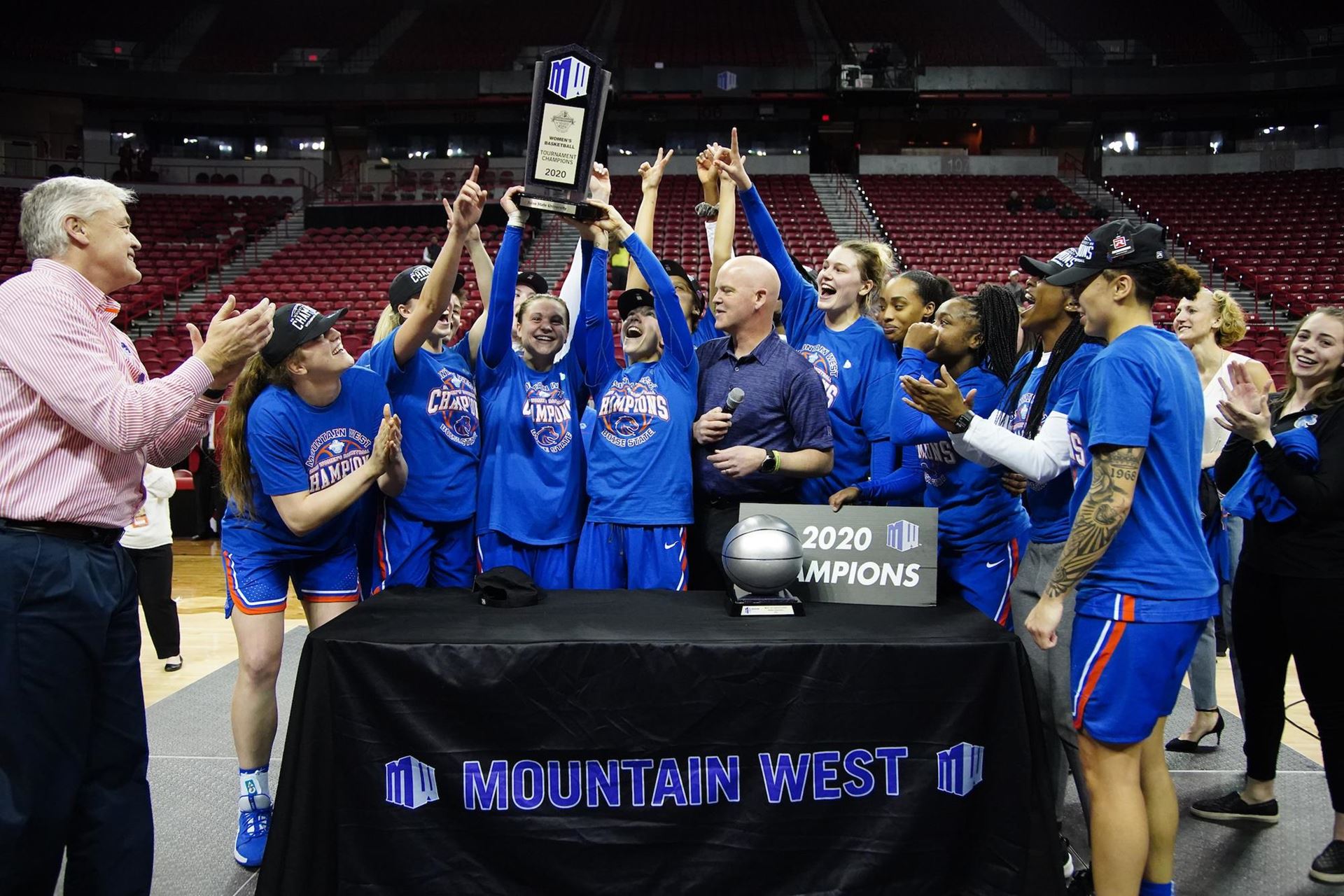 Then it got crazy.

Hanna Cavinder's hit a jumper for Fresno State with 5.5 seconds to go, then her twin sister Haley stole the ball and was fouled at 4.4 seconds. Haley Cavinder made the first free throw to make it 78-76. When she missed the second free throw on purpose, Aly Gamez grabbed the rebound on the baseline, stepped back and flipped the ball into the basket with .9 to go to tie the game. However, her foot had barely slipped out of bounds.

During the play the Fresno State bench called a timeout it didn't have. Riley Lupfer made one of two two free throws on the technical foul for a 79-76 lead. On the ensuing inbounds play, Jayde Christopher was fouled and she made a free throw with .2 left to wrap it up.

Braydey Hodgins also had 20 points for second-seeded Boise State (24-9) and A'Shanti Coleman added 16, though both fouled out in the fourth quarter. Ellie Woerner scored 10 off the bench, Christopher had 10 assists -- the Broncos had helpers on their first 18 baskets into the third quarter and finished with 25 on 29 field goals -- and Mallory McGwire snared 13 rebounds.

The freshmen Cavinder twins both had 17 points, as did Aly Gamez for top-seeded Fresno State (25-7), which won its first-ever MWC regular-season crown. Conference Player of the Year Maddi Utti added 16. Gamez had nine rebounds, the other three had seven each.

Boise State scored the first basket of the fourth quarter for a nine-point lead, the largest of the night for either team. Fresno State made its first seven shots of the fourth quarter to pull within one. The Bulldogs went ahead 65-64 as Gamez, who had 12 points in the quarter, made two free throws when Hodgins fouled out with 3:01 to play. That was part of a 9-0 run and was the first lead for Fresno State since midway through the second quarter.

Boise State, which also won the tourney in 2015 and shared the three-peat with New Mexico (2003-05, regained the lead but Haley Cavinder hit a long 3-pointer with 7.6 seconds left to tie the game at 71. Christopher's contested layup at the buzzer rolled off the rim.